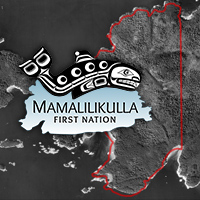 The Creator was going from one place to another changing and transforming the world into the shape we see today. He was at a place called Snake-Receptacle when he saw a man sitting on a rock. That’s what the Yuʼtłinux believe; the Mama̱liliḵa̱la say that the man was swimming along Archer Place. The Creator watched this man and realized that he was feeling around as if he were searching for something. He was blind. So, the Creator spoke to him and asked what he was doing. The man replied he was starving and was searching for something to eat.

“Well, we will have to try it one more time,” said the Creator. So the man dove a third time while the Creator chanted, “Mali, Mali, Mali.” And the man dove so deep and stayed so long that he could even see the monsters in the darkest depths. And when he came to the surface, the Creator asked if he could see our world. The man replied that he thought he could start to see a little light even though he was able to see very, very well indeed. So the Creator told him to dive one more time, and chanted Mali loudly while the man was submerged. And, as soon as the man came to the surface, Creator called out to him, “Your name will be Mama̱liliḵa̱la.” 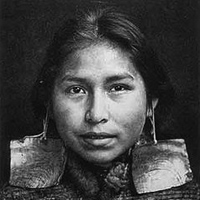 From then until 1972 the village of Mimkwamlis was occupied by the Mamalilikulla First Nation.

In subsequent years band members have settled in many locales around the country, but there are significant pockets of band members in Port Hardy, Alert Bay, Campbell River, Nanaimo, Victoria and Vancouver.